There are two roads in life 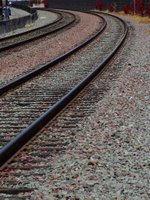 When I was in college I took the bus everywhere. On one particular occasion after school I found myself running late to work in 100 degree weather in the middle of the day. I stood waiting at the bus stop for bus 74. Small drops of sweat began to run down my face when I noticed that bus 320 came to a screeching halt before me.

Evidently, I would have a lot to lose.

Try time, sweat and energy and a couple of blisters. After stepping off of bus 320 I found myself on the other side of town having to hike three to four miles uphill in the midst of grueling heat. I tried to stay positive and told myself, "This isn't so bad, really" as I glanced at my watch occasionally to see how late it was getting.

Entering the Great Mall I was trying to think up an excuse, like I saw these little green aliens and they wanted my Reeses Pieces or a dog attacked me and I ran three miles in the wrong direction (terrible how my mind worked).

I was trying to forget about the pain my feet were in, the cracking of my skin on my red face, my sticky and damp shirt and the fact that I was over an hour-and-a-half late as I told my boss the unfortunate truth. Reflecting on this enlightening experience now, I realized that I learned something. Besides always ask the bus driver where he is going and never try taking a bus your not familiar with in 100 degree heat, I learned that many times we make mistakes which we may deeply regret. That there are two roads in life; one that leads to the valley of regret and the other to freedom.

How many times have I found myself saying, "I should have done this or that" or "If I could only do it all again?"

One too many times, that's for sure. But this seems to be a common phenomenon for a lot of us. We all have made mistakes and taken the wrong routes at times when it comes to things like career decisions, relationships, financial decisions, accepting the truth in our lives, trusting in God or being self-reliant, and many other choices in our lives.

And when we do take the wrong bus in our lives, we can't go back and take the right one; we're stuck with dealing with wherever it drops us off. We are forced to hike uphill until we get to where we originally intended to go.

Dietrich Bonhoeffer sums it up well in The Way to Freedom. He states, "If you board the wrong train, it is no use running along the corridor in the other direction."

Certainly running in the wrong direction on the bus I took wouldn’t have done me much good either. Wrong decisions are costly and irreversible--I learned that the hard way.

And when we do go the wrong way it is good to mourn the decision so as to learn from it but we should try to avoid beating our selves up. We can always just pick up and turn around and start going in the right direction.

Bonhoeffer, a Lutheran pastor who lived in Nazi Germany during World War II, chose to take the train of following his convictions and faith in God. Despite the consequences of being thrown into a Nazi war camp because he believed Jews should not be blamed for Germany's problems and that their treatment was inhumane, he chose to follow God's will until the end rather than concede. Bonhoeffer could have taken a train out of the country and was given the opportunity many times but chose to take a stand. He would eventually die a martyr.

Even in prison he did not regret his decision and wrote, "I am sure of God's hand and guidance … You must never doubt that I am thankful and glad to go the way which I am being led."

Had Bonhoeffer stepped on the train of passivity he would have forever lived in regret. The same can be said for Martin Luther King Jr., who, if he had not hopped on the train of civil rights would have been a victim of a slower, more sluggard process that would have headed nowhere. Instead he acted and took the correct train, the train to freedom at whatever costs.

"He (the nonconformist) recognizes that social change will not come overnight, yet he works as though it is an imminent possibility," King said.

Though we may or may not be faced with decisions as tough as these two men, we too, have stations in our lives where we must make costly decisions that concern our future aspirations and dreams.

Striving to make the right decisions for our future is imperative to being able to live with our selves and our commitments. We need to give our faith, dreams and convictions a chance in order to find satisfaction in our souls. If we don’t hinder to these, we are bound to constantly find ourselves hiking up the hills and valleys of regret.

Or, as John Greenleaf once said, "For of all sad words of tongue or pen, the saddest are these: 'It might have been.'"