How To Find Love (Healthy Relationships) 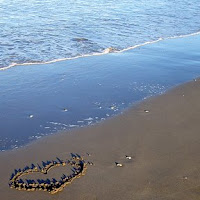 Look Before You Fall Helplessly In Love

Cindy has had a crush on the 6-foot-1-inch hunk with dark brown hair and green eyes in her Chemistry class since the beginning of the semester. Her heart beats so fast every time she makes eye contact with him that she feels like she has to hold on to it or it might pop out.

And then one day the inconceivable happened.

All of a sudden, out of the blue, Powell walked up to her after class and pulled out a pink rose from his backpack. He gently looked into her eyes with his dark green eyes and asked her, "Do you want to study Chemistry together?"

Cindy stood frozen, in a daze, her heart melting. Then seconds later she responded, "Sure," with a whimper. After waving good-bye to Mr. Wonderful, she walked home and thought to herself, "This is the right guy, he's the one."

A couple of weeks later and a couple of study nights with Powell, she was walking on a cloud. And when Powell, her new boyfriend, asked her to go to Carmel and spend the night with him she figured it was love. Yes, love.

So she packed her bags and went. And the night at the beach with the banana moon shining above, the stars glittering like freckles in the sky, and Powell's warm body rubbing against hers, was everything she imagined it to be. The passionate kisses and luscious love they made, it was just so right, so right. He was definitely the one.

But the weekend would have to end and these two lovebirds would have to come back to the reality of dealing with work, school, traffic, and a Chemistry midterm. But, they could always draw comfort from the weekend they spend together, right?

Well, that's how Cindy saw it at that time, she figured they would be together forever. She was feeling great.

But then something happened. For some reason Powell was no where to be found. He would not return her phone calls and when she did talk to him he would say that he was too busy to go out with her. She didn't know what was happening. Was she losing Powell?

Eventually the magnificent sparks that were there were no longer anywhere to be found. The relationship was over and Cindy was left feeling crushed and hurt.

What happened to Cindy in this hypothetical scenario I have described, believe it or not, happens to millions of single young adults. Many people today find themselves clinging to someone, trusting them enough to sleep with them after just a few days or weeks only to find out that the relationship didn't work out.

But why does this happen and how can it be prevented? If we could prevent this from happening or even at least create a higher probability that it would not happen to us wouldn't we be interested?

One thing that leads many people down the path of disappointment is that they don't really know the person they are involved with very well. Think about it. If we don't know much about this person, who are we falling in love with? Many times people fall in love with who they imagine in their mind this person is like. The danger here is that we don't have enough data to come to a conclusion about what this person is like and whether they are healthy or not. So, we end up many times falling in love with someone that doesn't exist, but only exists in our minds.

The first key to finding a healthy relationship is getting to know the person. It is recommended that you get to know this person for at least two months and ideally for six months as a friend. During this time you can observe how they interact with others in social settings, find out if they are punctual, discover any bad habits, see if they are honest and respect others, etc. The more time you have to get to know the person the more data you have to assess if they are the one you want to start a romantic relationship with.

The second key is making sure that your views on life, politics and religion match up. What I mean by this is that you know that you can live with their stance on these issues. Many times these issues become a source of tension later on and can even divide a couple.

The third key is to spend some time (once you decide this person is healthy) together as a couple without having sex. The reason this is important is because this person may begin to act differently now that you are both together. For instance, there might be jealousy issues that pop up. Also, during this stage in the relationship you may find out if this person is insecure, controlling or even abusive. When you have sex with someone many times your perception becomes foggy. As they say, you can be "blinded by love." It is recommended that a couple wait at least three to six months after they have begun a romantic relationship as a couple before having sex. Remember the more time the more data you have on this person. It should be noted that most of the world religions (Christianity, Judaism, Mormons, Jehovah's Witnesses, Islam, and others) recommend waiting to have sex until you are married. Another reason to wait is that it shows that the relationship is not being based on sex and that you value the other person for who they are and not just sex.

The fourth key is making sure that this person has become your best friend and is committed to the relationship. Once this is established we can focus on keeping the flames of love lit that we discussed in the previous post.

If we become better acquainted with the person we are interested in and follow these four steps we may be able to avoid ending up with a broken heart over and over again and increase our chances of finding love. Following these steps helps us to weed out the unhealthy relationships and focus in on the better prospects.

Many times people tell me that it is very hard for them to wait and do the four steps. And when they give in to the temptation and don't do the above model some say, "Well, I am only human." This excuse may suffice for some, but I believe that we were created to rise above this way of thinking.

Dr. Laura Schesslinger in her book "How could you do that?!" states: "I see being 'human' as the unique opportunity to use our mind and will to act in ways that elevate us above the animal kingdom."

In the movie African Queen Humprey Bogart, who play the part of Charlie, the solitary sailor, tries to invoke the "only human" excuse when he tries to explain his prior drunken evening by saying that it was, after all, only human nature. Katharine Hepburn as Rosie, the missionary, peers over her Bible and aptly retorts, "We were put on the Earth to rise above nature."

The key point here is that we can rise above nature and enrich our lives by doing things differently.

CAPTION: Photo by Gisela Giardino. This photo is under a Creative Commons license.
Posted by Eddie Zacapa at 3:25 PM

Nice site and you have posted good information on variety of topics. Good for our mind.

This is such an empowering and enlightening post that serve as a guideline to all people who are in the process of falling in love or falls in love. I completely agree with what you have said that sex should be done after marriage to really determine if the person is not only after sex with you. There are numerous cases when premarital sex occurs, most men give cold shoulders or make tons of excuses to its partner because they have already taken what they aim for. Tsk, and this is not a good thing for women. Keep posting informative and useful posts like this one. Kudos!

Thanks for the affirming words and encouragement. It all gets messy when couples rush in to things!