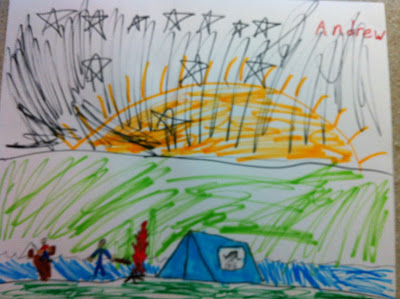 Camping: Andrew drew this when he was 8 years old. 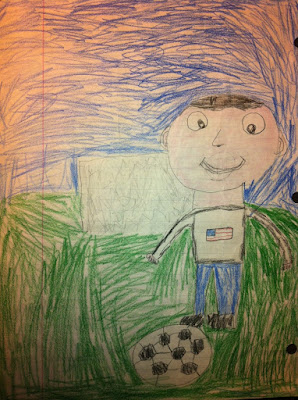 Soccer: Andrew drew this when he was in second grade. He played soccer that year. 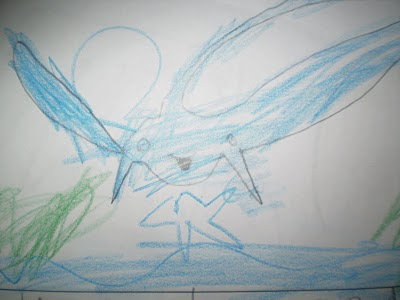 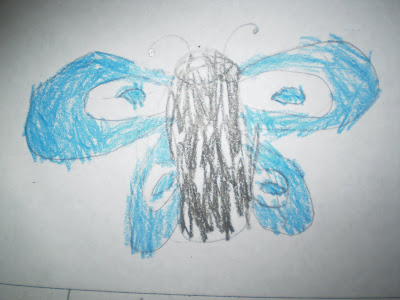 Butterfly: Andrew did this in kindergarten. I was so impressed when he brought this home. 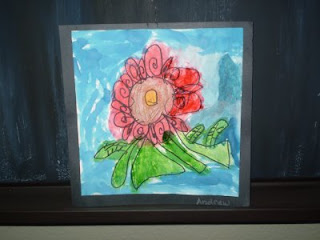 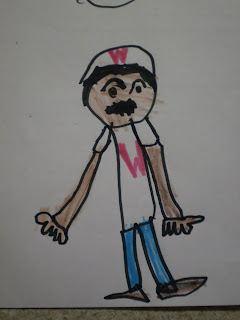 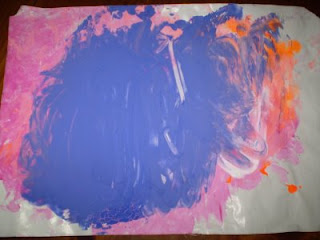 Andrew’s Shark boy and Lava Girl Painting
Andrew painted this when he was three years old in pre-school. When I first saw it I was immediately taken back. I wondered if the colors he used had something to do with his favorite movie Shark Boy and Lava Girl. I would soon find out that I was right.
When I asked him why he chose these specific colors he said that the blue stood for Shark Boy Dad and the pink for Lava Girl and the orange for the fire that Lava Girl used. When we played around and re-enacted the film I would be Shark Boy dad and Rachel would be Lava Girl. Andrew, of course, was Shark Boy. It was so cool to see it all reflected in his art.
Posted by Eddie Zacapa at 8:42 PM

Hi, Andrew
I think you have great pretension to be a professional artist like Paccaso and Michael Angelo were. I really like your turtle drawling. You drew the color of cran markings in the body out line of the turtle very well, nice job. Maybe your dad can show you pictures in a book by the two artists I mentioned above to inspire your future drawling. Your friend and pal, love Troy Adams.