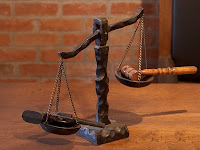 Can Singer Make a Lasting Change to Not Abuse Again?
It has just been announced that Chris Brown has made a plea deal in his assault case. It appears Brown will serve five years probation, do some community service and be mandated to complete a batterer’s intervention program.

Brown, 20, pleaded guilty to one count of assault with the intent of doing great bodily injury to singer Rihanna. Formal sentencing is set for August 5, 2009. (for more details click here)

Photos of Rihanna's bruised face were made public on the internet recently showing the detail of the assault. The police report appears to corroborate that a brutal beating occurred.

Brown's domestic violence incident sends us all a reminder of how love can go really bad. Unfortunately, it goes bad a lot. A United Nations report shows that globally 1 in 3 women are abused during their lifetime. In the National Crime Statistics Report of 1993 it stated that 60% of marriages experience domestic violence.

Days after Brown's arrest he issued a public apology. He stated:

"Words cannot begin to express how sorry and saddened I am over what transpired," he said in a statement released by his spokesman. "I am seeking the counseling of my pastor, my mother and other loved ones and I am committed, with God's help, to emerging a better person."

As a domestic violence facilitator I have worked with hundreds of men and women in the 52 week batterer's intervention program. I have seen many change and go on to live a nonviolent lifestyle.

One of the first steps to change is identifying that there is a problem. If the individual can admit that they have a problem then he or she can open the door that leads to change. If a doctor tells a patient that he has an illness and the patient ignores the doctor he will inevitably get worse. If he agrees with the doctor and they come up with a treatment plan he can possibly be cured.

Next the individual must confess that he or she struggles with power and control in their lives and share their struggle with someone. By power and control we mean that the individual uses their power (voice, strength, threats, money, insults, violence, etc.) to control others. If the person can confess that they have a problem there is hope for change. The person will have a openess and willingness to make changes. When they recieve new information and tools they will try them and then begin to change their behavior.

Domestic violence is a tragic expression of unmet needs. It may be that the individual needs security, respect, to be heard, or trust in the relationship and trys to get these needs met by excerting power-over strategies. These power-over strategies is what makes it so tragic. How they are trying to meet their needs is so destructive and counter productive. When the individual learns to meet his or her needs in a healthy way that uses power-with as opposed to power-over then lasting change can occur.

A one year program for people who have battered is a good place to learn those tools. Whether or not Chris Brown can change is up to Chris Brown. If he is open and willing anything is possible. Many of my clients, who are participating in the 52 week domestic violence program, start the program thinking that being arrested was the worst thing that could have happened to them.

Yet, when many of them graduate from the program they say that having been arrested was the best thing that could have happened to them because they might have done something worse to their wives or partners. Many of them also are grateful that they have been able to learn to handle their anger, change their beliefs and respect others with the tools they learned in the program. Some of them go on to teach their children what they have learned or other acquaintances who are currently caught in the cycle of domestic violence.

Many times we want to hide our wounds from others and pretend all is okay or erase the past. If the men that I work with in my domestic violence program did this then they would not be able to teach others from their experience and enlighten others to find freedom from distorted beliefs that lead to the destruction of families. Brennan Manning writes in his book Abba's Child, "In a futile attempt to erase our past, we deprive our community of our healing gift. If we conceal our wounds out of fear and shame, our inner darkness can neither be illuminated nor become a light for others."

I hope that Chris Brown will come to a place where he can not only change his behavior but use this experience, alongside with his influence, to speak out against domestic violence and help young men steer away from the path he chose on that tragic day.
Posted by Eddie Zacapa at 8:13 PM