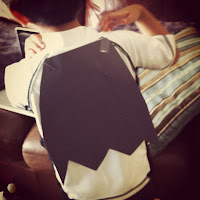 There seems to be a widespread assumption that praise is always a good thing. It is not uncommon for teachers to be told to praise a child every day. Some are even evaluated on how close they come to this standard. Many books on parenting encourage praise and don't mention any negative effects of using it.

Dependency on Praise for Approval
Well for starters children can become dependent on praise and not be able to self-motivate themselves. Alfie Kohn in his book Punished by Rewards shares a story of a teacher who would say, "Good job! You really helped me out today!" to two boys who she concluded were insecure. Yet their desire to please her grew and they were no closer to achieving the confidence and security she was hoping to build. Their mood depended on whether she approved or did not and they felt better about themselves when she did.

Kohn also writes that children may end up not being as creative and relying more on adults to make decisions for them as a result as well.

Kohn states, "Praising children for the way they behave, meanwhile, gives them no reason to continue acting responsibly when no one is likely to say nice things to them after they do so, and it gives them neither the skills nor the inclination to make their own decisions about what constitutes responsible behavior."

It is true that not all children react the same way to praise. This may have something to do with their background and personality. For instance research shows that girls do not respond favorably to praise and are actually less interested in doing the work that they are praised for doing after being praised. This may have something to do with how often women are complimented for being nice or sweet that they have come to realize that the praise is just an attempt to control them or get them to do something.